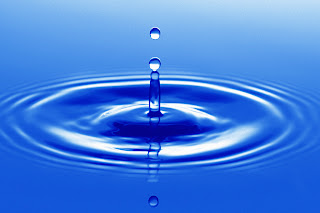 As we approach Remembrance Day and reflect on all that our veterans have done for us (and are still doing) it seems like a good time to focus on how we can each give back in some way . . . whether to our immediate circle of family or friends, or, in a slightly bigger way, to our community, region, country, or world. Just like a pebble dropped into a pond, the expanding ripples from even a tiny contribution can make an incredible difference.

Most of us are busy – in some circles, busy-ness is worn as a badge of honour, in others it brings sympathy, and in still others it’s abhorred. However, it really doesn’t serve as a good excuse for not finding a way to give back. You know the adage, “If you need something done, ask a busy person!”

Identifying a worthy cause isn’t much of a challenge either - local news stories, fund-raising campaigns, conversations with friends and colleagues, and personal reflection will likely surface 100 or more ways you could make our world a better place. Choosing one may be the real challenge – you can’t do it all but don’t let that stop you from doing something!

For several years now, I’ve adopted a personal philosophy of “tithing” my time as well as my income. Tithing is an ancient notion of setting aside 10% for others – in a Christian context, the money is considered to belong to God to be used to help others. Aside from churches, however, there are many organizations in Canada and abroad that rely on donations of time and money to do important work.

Statistics Canada is able to track trends of charitable donations through income tax records – only about 23% of Canadian taxfilers report making charitable donations and, sadly, that number is going down rather than up. This number, however, doesn’t represent the far larger number of Canadians who do report giving to charitable organizations (84%); it does reflect, however, that most people aren’t giving enough to be claiming their donations on their income tax forms. The Fraser Institute reported on percentage of income that Canadians donate to charity – at 0.73% it’s nowhere close to tithing (and is only about ½ of the US average). In tough economic times, giving money is challenging (the stats reflect that) – but some people find other creative ways to give back, perhaps by giving up a coffee or purchased lunch each week, carpooling to save gas, or donating empty bottles and cans to a local youth group’s fundraiser.

Giving your time, however, doesn’t need to have a negative economic impact on your personal finances. About half of Canadians 15 and older volunteer with associations or organizations (considerably less than those who give money to charities); a much larger number (84%) state that they’ve helped someone outside of their family – volunteers can offer direct support to friends and neighbours in need rather than
contributing formally through an organization.

I personally invite you to join me in making our world a better place. Consider choosing one organization to financially support this year and one organization to support with your time. I’m confident that you will experience what most volunteers do – you’ll gain more than you give. Dag Hammerskjold, former UN Secretary General said, “You have not done enough, you have never done enough, so long as it is possible that you have something to contribute.”

Note: If you’re in the position of recruiting or motivating volunteers, you might find these tip sheets helpful, from a workshop on Volunteer Engagement that Jayne Barron and I facilitated this week:
http://www.lifestrategies.ca/docs/10-Keys-to-Volunteer-Recruitment-and-Retention.pdf
http://www.lifestrategies.ca/docs/10-Tips-to-Maximize-Volunteer-Engagement.pdf
Posted by Roberta at 2:31 PM

To learn more about Life Strategies, visit us at www.lifestrategies.ca