Fatherhood: What is it All About? 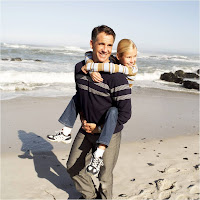 A father carries pictures
where his money used to be.
~Author Unknown

As this past weekend was Father’s day, I’d like to take a moment to reflect on hard-working fathers who struggle to balance work and family commitments. The Equality and Human Rights Commission (EHRC) reported that working fathers were dissatisfied with the amount of time they spent at work versus with their children. Additionally, 62% of working fathers believed they should be spending more time assisting with child-rearing responsibilities.

However, according to an article from Marketwire, reporting results from another study on fatherhood, fathers seem to be stuck between the traditional role of “breadwinner” and the increasing expectations (and desires) to be more involved with their children. The survey found that 54% of working fathers, as opposed to less than 1% of working mothers, saw “breadwinner” as their top parenting priority. This may not be too surprising; however, according to Cameron Phillips, the study’s coordinator, "the unaddressed issue is that we still undervalue fatherhood and expect little will change for men in the workplace once they become dads." Phillips contended that this will not only impact working fathers, but also working mothers who will continue to bump against the glass ceiling if parent-child paradigms don’t shift.

One way to help such a shift is organizations such as the Fatherhood Institute. This UK-based “think tank” has three goals:

These aims can have far-reaching impacts for fathers, mothers, and children through re-defining the family unit and associated gender-roles and stereotypes.
Posted by Cassie Saunders at 2:34 PM

To learn more about Life Strategies, visit us at www.lifestrategies.ca